We’re a local veteran-owned business with a passion for the Lubbock community that specializes in home theaters, home automation, commercial A/V, and security & monitoring.

Back in 2010, Jay-Z and Alicia Keys were topping the charts with Empire State of Mind, the Twilight movies dominated the theaters and Bam’s owner Dustin had just quit his job to start his own business. With a bag of tools, his trusty Ford truck and a belly full of ambition Dustin started what would be become the premiere home theater company in West Texas. Named after Dustin’s oldest son, Bam’s Complete AV has always maintained a focus on creating an unparalleled service experience for the client. In 2014, co-owner and in-house programmer Bobby joined the team, taking the company to new technological heights and increased sophistication.

We’re always happy to meet or talk to you about our products, services, and solutions. Call us today! 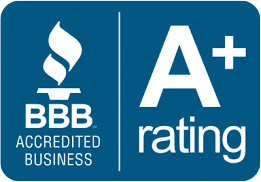